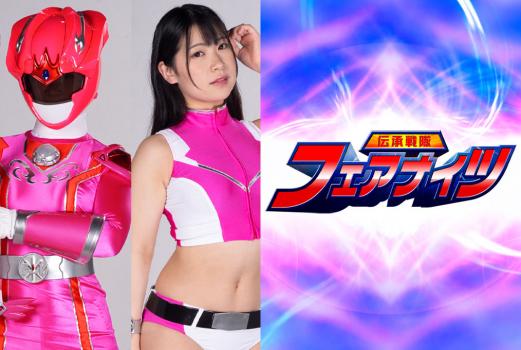 Story:
Mitsuki Hanamiya， a high school girl， meets Quin， a female cadre of evil tribe， attacks a man. Mitsuki thought it was just a quarrel but she is targeted by Quin and hardly defeated and is dying. Then， the fairy princess Flora and two warriors Aisicle and Riot rush to the site. Flora decides to unite with Mitsuki to save her life… 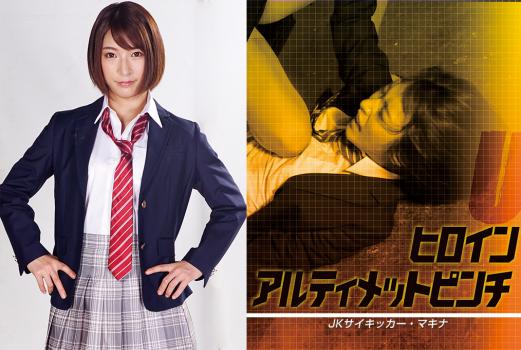 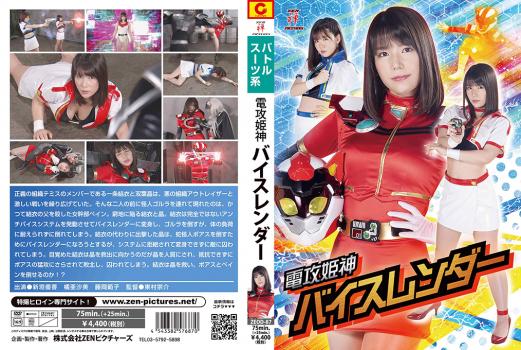 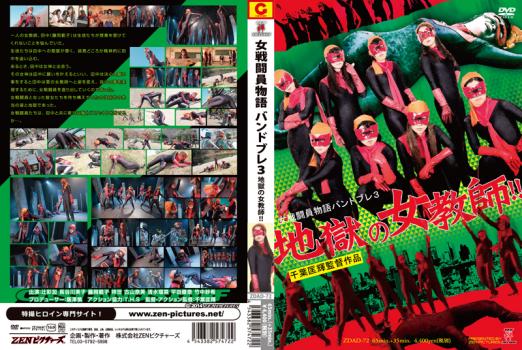 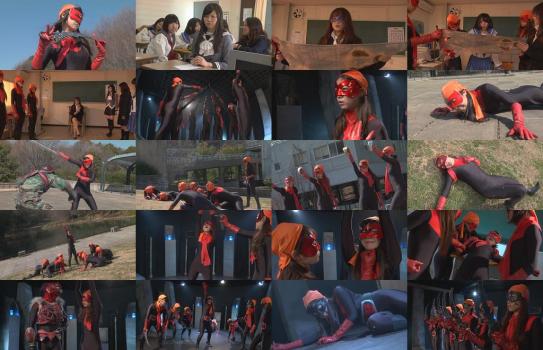 Story:
Ms. Tanaka is worried about how no one in her class is listening to her. Everyone disrespects her and she is getting depressed. But her life changes from meeting a goddess. The goddess tells Ms. Tanaka， she will grant any wish. So she wishes to become an evil teacher to get back at them! She transform her students into combatants to rule the world. The fierce battle between J SWAT and the combatants start… 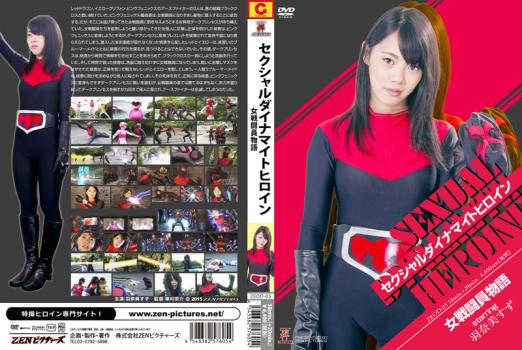 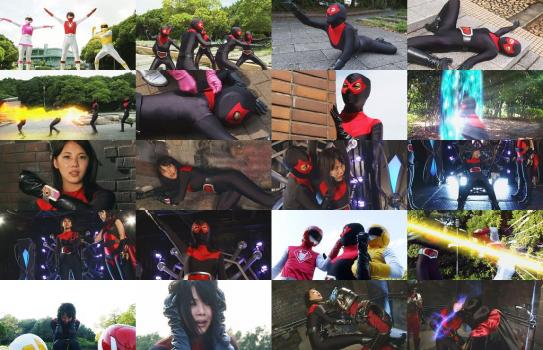 Story:
Three members of Earth Fighter (Red Dragon， Yellow Griffon， and Pink Phoenix) have battled with evil organization， Black Cross. Pink Phoenix (Momoka Otori) sneaks into the base of Black Cross by pretending female combatant. But there， female cadre， Dark Princess is waiting for female combatant to give the penalty for their escape. Momoka reveals her real face and against attack of the female monster. She tries to transform into Pink Phoenix but Dark Princess destroys her bracelet for transform. And she is caught by Dark Princess. Red Dragon and Yellow Griffon try to contact with Pink Phoenix (Momoka) with anxiety but no reply from her. They look for Momoka with Blue Mermaid (she is probationer) but they can’t find her. At that time， Dark Princess gives up elicit information from Momoka by torture. She tries to brainwashing to Momoka to become her a member of Black Cross. Momoka can’t stand torture and becomes a female combatant. After that Momoka joins the battle with Earth Fighter as a member of female combatant. She is striped her mask and known her presence by Earth Ranger Red and Yellow. So they can’t fight with Momoka. Momoka kills Red and Yellow unconsciously. Blue Mermaid fights sorely with calling Momoka to wake her up. But she is also killed by monster. Momoka recovers her mind confront their death. She tries to beat Dark Princess although she can’t already transform into Pink Phoenix. She manages to beat Dark Princess desperately. But she is killed by monster with losing her energy. Finally， Earth Fighter is totally annihilated. 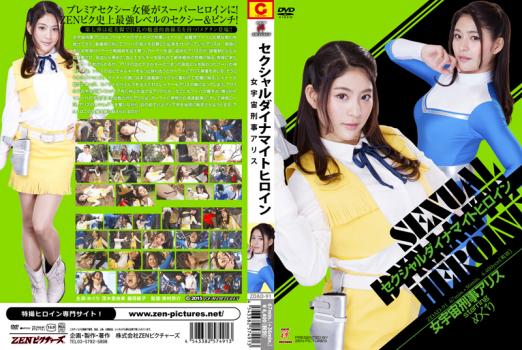 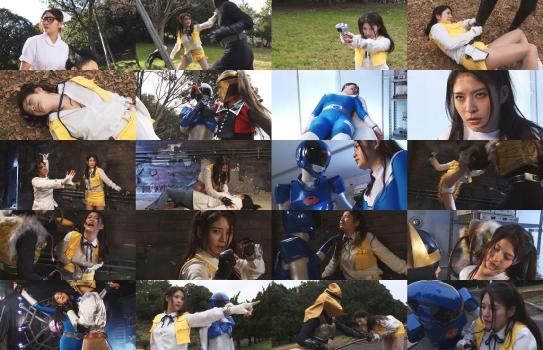 Story:
Alice the female investigator has been fighting against Fooba with her cyborg partner， Rainer. She protects the journalist， who disguises herself as a nurse， while fighting against Garla. Just when Alice corners Garla， Leechleech attacks her by sucking her blood and energy. Rainer makes it on time before she falls unconscious but the priest eats the leech to gain more power. Priest Law commands Garla to capture the female investigator because he wants to enjoy eating Alice’s power. Soon after， Alice falls into Garla’s trap and a different monster attacks her. Rainer comes to save her once again but the virus makes Rainer fight against her. Alice flees to her spaceship but Fooba awaits her. Can Alice endure the torture!? Can Alice save the planet from Fooba!? 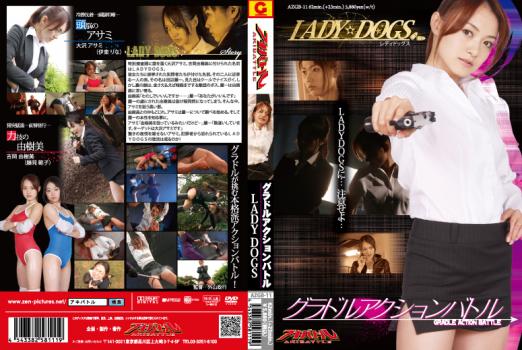 Story:
Asami Ohsawa and Yukimi Yoshioka， both members of the Special Investigation Squad， have a nick name: Lady Dogs. It was dubbed by the criminals they arrested. A man is sneaking up on them. His name is Reiichi Tanabe， looking cool and nice. But， he is the boss of a shady group which wouldn’t shy away from assassinating people for money. Reiichi accosts Yukimi， who asks ”Are you OK with me?” and Reiichi answers ”It’s you I want.” Enchanted， Yukimi is mere shell of a girl. Meanwhile， a black shadow is closing in on Asami. With her relation with Yukimi now broken， Asami starts looking into Reiichi’s affairs and discovers his true character. Asami questions ”You’ve got an eye on Yukimi， haven’t you?” and Reiichi responds ”You’re wrong. My target is Asami Osawa”， baffling Asami aghast. Will Lady Dogs come back to life again? 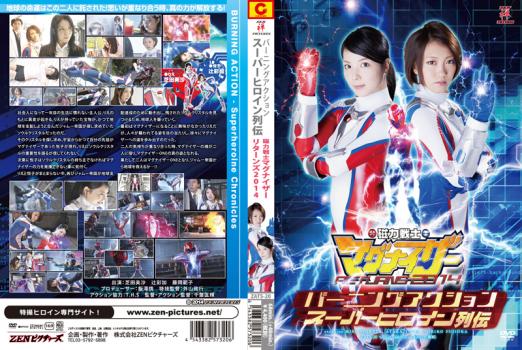 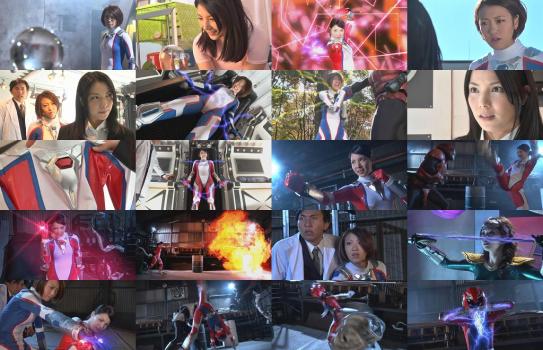 Story:
Soon after Rie graduated from school， an accident happens to her. Her favorite treasure happens to be the Soul Crystal， which the Jamu Empire had been looking for. Etsuko comes to Earth in search for the Soul Crystal. Etsuko teaches Rie the importance of the crystal but she will not believe her. Etsuko finds out that the only way to obtain the true power of Magnizer is by making the owner of the Soul Crystal use it. While Rie and Etsuko are having a fuss， another enemy of the Jamu Empire approaches Earth. They attack the people of Earth to lure Magnizer out. At first， Rie had no interest in fighting against the forces of evil， but as she watches many innocent people get hurt， she decides to transform into Magnizer. When the two girls decide to fight together， they are able to become Magnizer ONE! Will they be able to save the people of Earth from the Jamu Empire…? 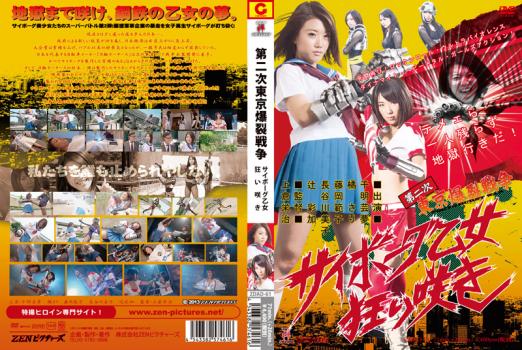 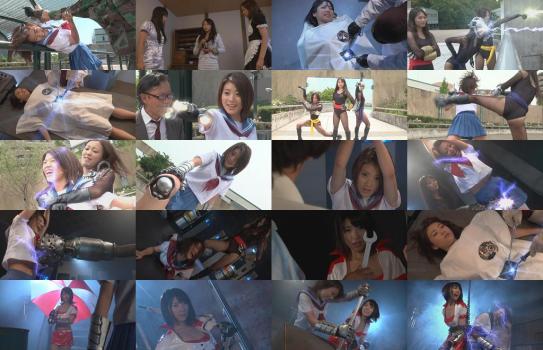 Story:
In a world a bit different from the present… Due to the government’s new policy， Japanese Economy is growing steadily. Although companies are having a drastic development， the citizens are experiencing poverty. Nichiwa Motors， a company that represents the Japanese Economy， initiated their development in warfare devices. Wataru， the president of Nichiwa Motors， creates cyborgs and releases them to the city. Seika Mamiya gets killed by an explosion during the attack， but luckily gets revived as a cyborg. A clip full of cyborg action!! 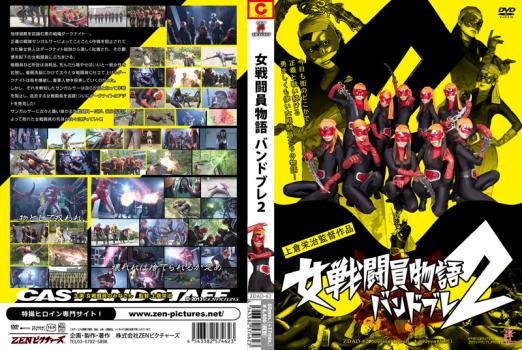 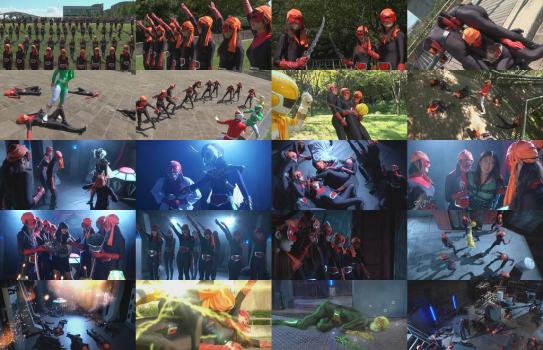 Story:
Dark Knights plot a way to conquer the world… Bee Woman was rebuked by General Dark Knight for losing against the Sun Galser. She blew steam off by picking on the female combatants. Bee Woman believes the lower combatants are the same as a consumable supply. They abducted common people and brainwashed them into combatants to create more a greater force. General Dark Knight begins bombing the city and murdering VIPs. Sun Galser purposely becomes a decoy and pursuits the lower combatant. Finally she finds out the hideout of Dark Knight! Female combatants attack Sun Galser， but are easily defeated by her!